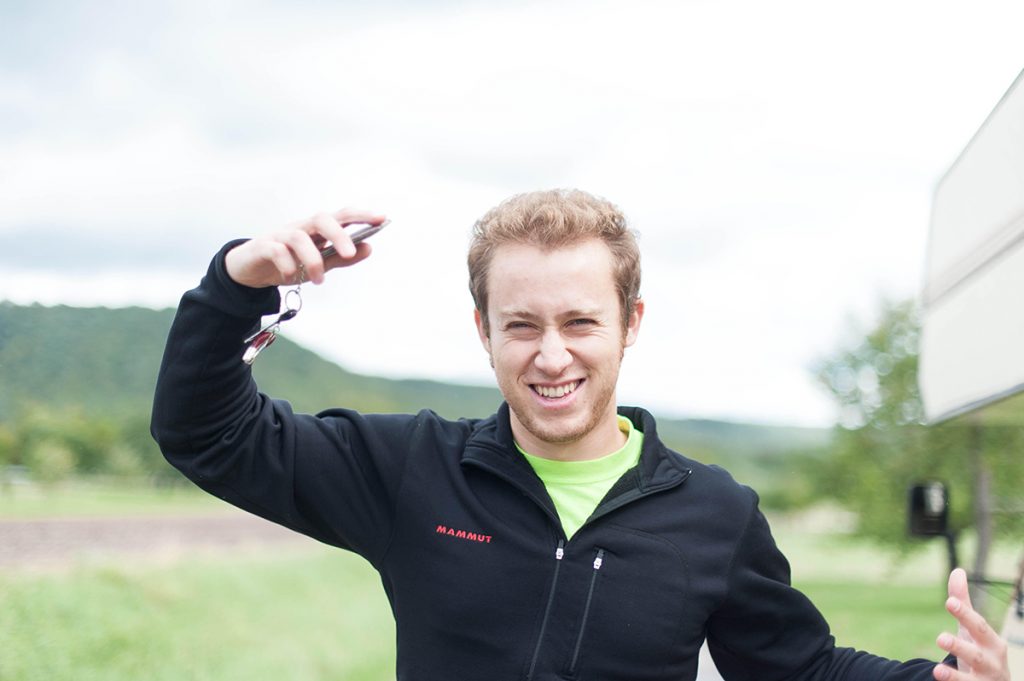 The other week, we shared our thoughts on the viral spec ad, “Adidas—Break Free”, which was “rejected” by Adidas but EARNED more than 11.5 MILLION views on YouTube ( with that number continuing to grow! )—we also shared the KEY principal in marketing this spec ad ( & it’s success ) reminds us of… Can you guess what it is? Take a look here.

Today, we’re SO excited to share our interview with the writer and director of the viral spec ad: Eugen Merher.

We spoke with Eugen over Google Hangout and quickly saw that not only is he insanely talented ( just look at this spec ad! ), he’s also humble, driven, and extremely personable and relatable.

HI EUGEN! Please introduce yourself:
Hi, I’m Eugen and I directed the Adidas Break Free spec commercial. I loved filmmaking since I was a kid so I’m glad to have the opportunity to work with talented people from my film school in Germany to make things like these happen.

Your spec ad has more than 10.7 MILLION views on YouTube & counting ( congratulations! ). What do you think made it go viral?
Frankly, I think it’s the story around the spec commercial that made it go viral. The story that Adidas refused something like this. The story of the little man versus a huge corporation. Of course, the core of it all still has to be good content – and I think Break Free is not too bad. But there are commercials of similar quality, if not better, that are out there and haven’t gone viral. That’s why I think it’s the context that gives Break Free it’s viral push.

Was it all organic? Did you have a marketing plan in place? What did you do to get it out there?
It was mostly organic. The only push I gave was emailing it to four publications in total, two German ones and two international ones. Ads of the World posted it on their homepage and shortly after that I received an email by the Huffington Post. I think that’s when the hype started.

Has Adidas contacted you since the ad went viral?
Yes, from several departments. We are in talks about a possible collaboration.

The press has been focusing on what a miss it is that Adidas didn’t pick up your spec ad ( & we agree! ) but you shared with us that it’s very common for brands to pass up on spec ads. Can you elaborate on this?
At my film school, and at many others, spec commercials are an everyday business. So nobody actually expects their specs to be sold to companies. You mostly try to make a good film for your reel so you get attention from production companies. That’s one aspect. The other is the long-term marketing plan and branding structure of large companies – most of them won’t simply buy a spec ad and suddenly take an entirely different turn in their strategy. I think by doing this on a large scale, most companies would lose their brand’s integrity.

You told Adweek you and your team produced the ad for ~ 3,500 euros ( that’s less than $4,000 ) thanks to your Film Academy’s infrastructure for production, tech setup and crew, and database of actors close to the school. How much would it cost to produce a film such as this without that entire infrastructure?
A film like this would cost around 250.000-300.000€ ( $268,000-$322,000 ) on the market. Our film school and our student status help us save a lot of money on equipment and crew. Yet, everyone has to work twice as hard as you can’t solve problems with money.

You also said Sebastian Ritzler of e+p films put in some new music by composer Alex David and “all of a sudden the ad became magical.” What’s your process for finding the right music for your work? What do you look for?
Sebastian Ritzler gave us the hint to use different music, and Alex and I sat down together to create something new. Music is the most essential part of filmmaking for me. I usually get inspired for new stories and scripts by listening to music. I need to be in a specific mood to come up with ideas. So for me, most of the time there’s music first, and then the idea follows. I basically like every genre, because I think every genre has it’s own quirks and that’s what I love to bring into my films. Sometimes it’s just one little sound that makes the beat emotional or interesting and I love to look for details like that.

What advice would you give brands when they’re conceptualizing new video ad concepts?
I’m not a creative director, nor am I a marketing guru. I think telling dramatic stories, just like what feature films do, always does the trick, because it’s something people will always look up to. But at the same time the term storytelling is very inflationary and most of the time, when I see a “storytelling“ commercial, it’s not really storytelling in my opinion. Storytelling is having a character who must overcome a conflict to get what he needs, told in twists and turns so the viewer never quite knows what’s going to happen next. And that is very hard to achieve, even for the best filmmakers out there.

We’re big believers in emotional marketing. How important is it for you to make your audience FEEL something through your videos? Is that one of your goals?
Absolutely! That’s why I love the medium. I think it’s just very hard to be on spot with everything so people actually feel something, instead of putting it away as cheesy and insincere.

Do you have a process for conceptualizing ads? How do your ideas usually come about?
I do it all wrong, since I’m still in film school. I don’t start out with the brand/product, as you would usually do, but I start out with a feeling that I want to convey. And then I try to find a story that tells this feeling in the most intense way possible. And then I look for a brand and a product that fit into this particular story.

I saw a spec ad for another brand, NIVEA, on your website – did you reach out to them too? What was your interaction with them like?
The NIVEA ad was actually not a spec ad, but a real ad with a budget from the client. It was part of a concept competition that is held regularly at our school. Usually different companies approach our film school the way they would approach an agency and want a concept for a specific brand message.

What’s next for you? What are you working on?
I’m working on my next spec commercial and a sci-fi short film that I will be shooting in July.

Do you have any recommendations for up and coming filmmakers?
Be as honest as possible, to everything you do and think. This is the only attitude that allows you to make a good film.

Thanks, Eugen! Anything else you’d like to share with the JCC community?
Thank you for the kind interview 🙂